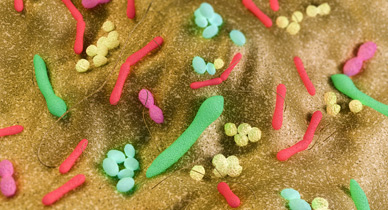 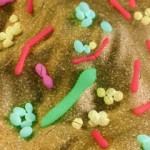 Previous studies have associated an imbalance in gut microbes and adult diseases,such as cancer, obesity, metabolic syndrome and diabetes. Antibiotics are the most common leading cause of microbe imbalance. The emotional and physical health effects associated with a disruption in gut microbes is called dysbiosis. A recently released study has documented the impact of gut bacteria on serotonin levels and the influence of the neurotransmitter on the human brain and other diseases, (irritable bowel syndrome and cardiovascular disease, to osteoporosis).

A study published in the Cell Host Microbe, by the University of Minnesota in Minneapolis, has investigated the metabolic process and the connection between how microbes in the infant gut react to antibiotics and the development of disease later in life.

“Diseases related to metabolism and the immune system are increasing dramatically, and in many cases we don’t know why,” said Dan Knights, an assistant professor specializing in computational biology at the University of Minnesota. “Previous studies showed links between antibiotic use and unbalanced gut bacteria, and others showed links between unbalanced gut bacteria and adult disease. Over the past year we synthesized hundreds of studies and found evidence of strong correlations between antibiotic use, changes in gut bacteria, and disease in adulthood.”

“We think these findings help develop a road-map for future research to determine the health consequences of antibiotic use and for recommendations for prescribing them”, said Dan Knights.

The University of Valencia and the Foundation for the Promotion of Health and Biomedical Research of the Valencian Community (FISABIO) has demonstrated that it’s possible to quantify and classify the effects of different diseases on the activity of intestinal bacteria. The research participants consisted of a group of patients with lupus and a second group was made up of patients with infectious diarrhea caused by the pathogenic bacterium ‘Clostridium difficile’. The control group consisted of healthy individuals. The researchers were able to demonstrate that differentiation of gut bacteria was linked to specific diseases. Individuals with infectious diarrhea caused by ‘C. Difficile’ have similar profiles regardless of their BMI and medical history. “We were able to demonstrate that the changes induced by this pathogen are different from those caused by other pathogens, such as ‘Escherichia coli’,” said María José Gosalbes.