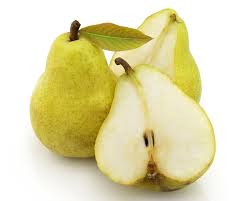 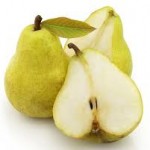 Pears have more health benefits than previously realized and play a crucial role in managing type 2 diabetes and diabetes-induced hypertension. A newly published study based on prior research revealed that the peel, pulp and juice of pears could impact the prevention and management of type 2 diabetes, hypertension and the bacteria Helicobacter pylori, which plays a role in intestinal ulcers.

The research study was based on in vitro lab tests to determine the metabolic impact as to how two varieties of pears could play a role to better manage early stage diabetes and associated hypertension, commonly called high blood pressure.

Phenolic compounds generally promote a protective anti-oxidant immune effect. This study confirms that the more varied and higher phenolic content is found in the skin of the pear than in its flesh or pulp.

“Our results from in vitro assays suggest that if we consume Bartlett and Starkrimson pears as a whole fruit (peel and pulp) it may potentially provide better control of early stage diabetes as part of an overall healthier diet,” said Shetty.

The researchers recommend dietary strategies involving fruits, including pears, to help improve control blood glucose levels, but also reduce over dependence on drugs for prediabetes stages, or complement a reduced pharmacological dose of drugs with side effects to combat very early stages of type 2 diabetes.