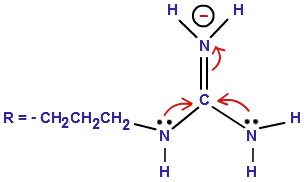 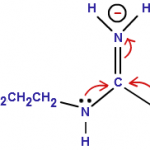 Additional evidence has come to light theorizing that Alzheimer’s disease is caused by immune cells that consume an important nutrient arginine. The study released by Duke University used mice models to test the brain plaques and memory loss that characterize Alzheimer’s.

The results of this study still need to be confirmed in human trials, although the mice models were genetically engineered to be closer to humans; but points to a new cause of characteristic brain plaques and memory loss in a mouse model of the disease.

Alzheimer brains are differentiated into two types those with plaques and tangles. Plaques are the build up of sticky proteins called beta amyloid, and tangles are twisted strands of a protein called tau.

“If indeed arginine consumption is so important to the disease process, maybe we could block it and reverse the disease,” said senior author Carol Colton, professor of neurology at the Duke University School of Medicine, and a member of the Duke Institute for Brain Sciences.

The researchers determined that immune abnormalities throughout the lifespan of the mice called microglia act as first responders to infection begin to divide and change early in the disease. The microglia express a molecule, CD11c, on their surface. Isolating these cells and analyzing their patterns of gene activity, the scientists found heightened expression of genes associated with suppression of the immune system. It was also determined that dampened expression of genes that work to ramp up the immune system. CD11c microglia are linked to the development of plaques as is the presence of arginase, an enzyme that breaks down arginine and these substances are found in the areas where neurons have already died. Blocking arginase caused fewer CD11c microglia and plaques to develop in the brains.

“It’s surprising, because [suppression of the immune system is] not what the field has been thinking is happening in AD,” Kan said. Instead, scientists have previously assumed that the brain releases molecules involved in ramping up the immune system, that supposedly damage the brain.

“We see this study opening the doors to thinking about Alzheimer’s in a completely different way, to break the stalemate of ideas in AD,” Colton said. “The field has been driven by amyloid for the past 15, 20 years and we have to look at other things because we still do not understand the mechanism of disease or how to develop effective therapeutics.”