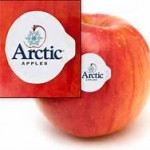 The USDA has introduced the concept of a genetically altered apple to the public. The basis of the genetic modification is through RNA interference to prohibit that the apple browns. The browning action of the apple is linked to an increased release of pectin, a substance that has considerable health properties.Public commentary on the proposal has been extended until the 16th of December:  http://www.regulations.gov/#!docketDetail;D=APHIS-2012-0025
No safety studies will be conducted before the apple is released to the public.  Genetic modification through RNA interference has caused considerable concern in the scientifc community.
Professor Heinemann, an outspoken Australian Scientist has previously warned about the ability of double stranded RNA to enter the blood stream and organs via the food supply. A 2011 paper published in Cell Research specifically confirmed that plant double stranded RNA can “bind to the nucleotide sequence located in exon 4 of mammalian LDLRAP1, leading to the inhibition of LDLRAP1 expression in vivo.”
DNA and RNA are not a stagnant phenomena, and the prevailing available research points to a considerable public health risk when experimenting with fragments of DNA and RNAinserted into GMOs that end up in our food supply, with unknown health consequences. The human genome shares several peculiarities with the DNA of just about every other plant and animal. The human genetic blueprint contains numerous entities known as transposons, or “jumping genes,” which have the ability to move from place to place on the chromosomes within a cell.Approximately 50% of human DNA comprises both active transposon elements and the decaying remains of former transposons that were active thousands to millions of years ago before becoming damaged and immobile. Every time a plant, animal or human cell prepares to divide, the chromosome regions richest in transposon-derived sequences, even elements long deceased, are among the last to duplicate.New research led by Carnegie’s Allan Spradling detailed the spread of one particular jumping gene in the Drosophilia genome, called the P element, to illustrate their point; namely that these elements have the ability to move around and insert themselves into different spots in the genome.

Evaluation of risks from creation of novel RNA molecules in genetically engineered wheat plants and recommendations for risk assessment An expert opinion of Professor Jack A. Heinemann, PhD, 28 August 2012 , for the Centre for Integrated Research in Biosafety