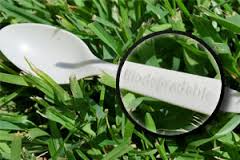 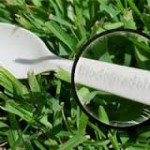 Manufacturers are attempting to convince the public that new solutions have been found to the ever pervasive environmental impact of plastics. Most plastic products are dumped in landfill areas where they vegetate for decades without any hint of breaking down and new “biodegradable” plastics have been advocated as the solution. Biodegradation-promoting additives for polymers are increasingly being used around the world with the claim that they effectively render commercial polymers biodegradable.

Studies that have investigated this claim have determined the fallacy of these products. One such study released by Michigan State University has determined that biodegradable plastic products touted as biodegradable do not actually degrade.

The study published in the ACS journal Environmental Science journal evaluated 5 different compounds which were “designed” for faster degradation, i.e. breakdown. There was no evidence that concluded that these additives enhanced biodegradability in compost or under simulated landfill conditions, or when buried in soil for three years.