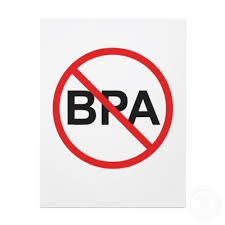 Another study has emerged highlighting the adverse health impact of bisphenol A (BPA). BPA, is a chemical with estrogen-like activity,and is used to make polycarbonate plastic and epoxy resins and is a common contaminant of many packaged foods and beverages. Several previous studies have linked BPA to neurological defects, diabetes and breast and prostate cancer.

The most recent study published in the journal Endocrinology, determined that exposing young female mice to BPA caused the heart to be more sensitive to stress-induced ischemic damage in a way not observed in untreated female mice.The researchers used isoproterenol, as a mice model for this study and mice were exposed to different doses of BPA in their food and BPA exposures ranged from four to 5,000 micrograms per kilogram of body weight per day.

Isoproterenol, leads to tissue enlargement by mimicking some effects of a heart attack, causing increased heart muscle damage along with accumulation of collagen. Male BPA exposed mice experienced fibrosis, with no additional increase in fibrosis, ischemic damage, or tissue enlargement observed in response to isoproterenol treatments.

“The results of this study find heart and blood pressure effects in male and female mice, with females seemingly at greater risk for harm,” said Scott Belcher, PhD, professor of pharmacology and cell biophysics Belcher. “We used an isoproterenol model that in some ways mimics damage that can occur during a heart attack. For female mice exposed to BPA there was a severe increase in the sensitivity to cardiotoxic damage. This effect was especially striking because females are typically protected.”

“The overall aim of the study was to determine whether there were effects of BPA on cardiac function,” said Belcher. “We chose a very specific and broad range of BPA exposures that span levels below those considered safe in humans up through a high dose that nears the no observed adverse effect level, an approach aimed at make the findings useful for assessing public health risk.”

The researchers specify that based on prior studies and the results of this study BPA is likely to worsen heart health in women, who have unique risks compared to men.