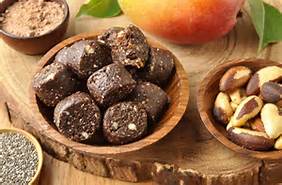 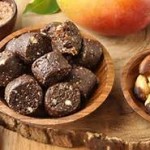 Analysis of chocolate purchased in Brazil has determined that the product contains varying levels of lead and cadmium which can be cause health problems and that those levels are linked to how much cocoa a product contains. For this study the researchers tested 30 milk, dark and white chocolate products bought in Brazil, some of which are also sold in the U.S. They found that dark chocolates had the highest amounts of lead and cadmium, but all levels fell below maximum consumption limits from Brazil, the European Union (E.U.) and the World Health Organization. The U.S. Food and Drug Administration, however, recommends that the level of lead in candy should not exceed 100 nanograms per gram (ng/g) of candy — two samples topped this threshold by about 30 to 40 ng/g.

These research findings were published in the ACS’ Journal of Agricultural and Food Chemistry. The levels have been traced to cadmium two naturally occurring metals. Lead can cause abdominal pain, headaches and anemia in adults. In children, it can cause behavioral changes and language delay, among other problems. Cadmium can cause damage to several organs. It also has estrogen-like effects and disrupts some hormones.

The study determined that if a child weighing 33 pounds eats about a third of an ounce of chocolate a day (less than a quarter of a regular chocolate bar), that child would consume a maximum of 20 percent of the E.U.-suggested tolerable week. Although the researchers pointed out that only a fraction of lead or cadmium would absorb into a person’s bloodstream, the levels found in dark chocolate were still concerning, especially if chocolate is consumed with increased frequency.