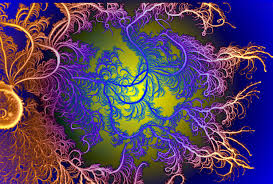 A new study, published by the Gladstone Institute in the journal of Nature communications, has revealed that depletion of the BRCA1 implicated in breast cancer, impairs cognitive function.

“BRCA1 has so far been studied primarily in dividing (multiplying) cells and in cancer, which is characterized by abnormal increases in cell numbers,” said first author Elsa Suberbielle, PhD, a research scientist at the Gladstone Institutes. “We were therefore surprised to find that it also plays important roles in neurons, which don’t divide, and in a neurodegenerative disorder that is characterized by a loss of these brain cells.”

BRCA1 is involved in mutations and DNA repair and increases the risk for breast and ovarian cancer. The study revealed that Alzheimer’s disease is associated with BRCA1 and that BRCA1 depletion causes cognitive dis-function as it affects the neurons and brain cells. BRCA1 repairs a type of DNA damage, (double-strand break) that occurs when cells are damaged.

The researchers experimentally reduced BRCA1 in the neurons of mice, leading to an accumulation of DNA damage and to neuronal shrinkage. The mice also experienced learning and memory deficits.

“Therapeutic manipulation of repair factors such as BRCA1 may ultimately be used to prevent neuronal damage and cognitive decline in patients with Alzheimer’s disease or in people at risk for the disease,” said senior author Lennart Mucke, MD, director of the Gladstone Institute of Neurological Disease. “By normalizing the levels or function of BRCA1, it may be possible to protect neurons from excessive DNA damage and prevent the many detrimental processes it can set in motion.”