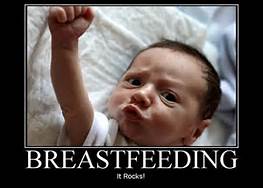 Dr.Steinman, a New York based physician researcher has released an article in Medical Hypotheses on the 20th of September which strongly correlates breastfeeding to being a deterrent to Autism.

The researcher, based on an analysis of findings in prior published studies, has correlated low levels of a protein called insulin-like growth factor (IGF) with an increased rate of autism.

Breastfeeding is an abundant source of the protein, and it is speculated that breastfeeding compensates for any inborn deficiency of the growth factor in newborns, acting as an autism deterrant, with an increased duration of breastfeeding associated with a decreased incidence of autism.

“By assessing our own research, along with dozens of other relevant studies, there is a strong case to be made that IGF — known to be deeply involved in the normal growth and development of babies’ brain cells — also serves a biomarker for autism,” said Dr. Steinman.

“This leads to two conclusions. First, we need to more deeply assess this hypothesis by conducting umbilical cord blood tests that measure neonatal levels of this growth factor, and then match those results against future autism occurrence in the maturing child. Second, those who embrace the hypothesis that IGF is indeed an autism biomarker should advocate and encourage breastfeeding as a highly accessible means of supplementing an infant’s natural levels of the protein.”

“Autism takes a huge human toll, not to mention its substantial economic impact on families,” said Dr. Steinman. “These findings send a powerful message to the research community. Our research is consistently indicating a connection between IGF and autism. The medical community needs to vigorously investigate this ostensible connection and validate it once and for all. As we all know full well, the world would reap untold benefits by finding ways to detect, treat and ultimately prevent this disease.”