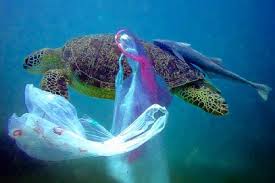 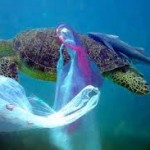 The bill, authored by Senator Alex Padilla, also requires that stores do no sell or distribute recycled paper bags at the point of sale unless the store sells the bag for not less than 10 cents.

Local governments would have the ability to impose penalties on those stores that do not comply with the new legislation, the bill states. In a concession to manufacturers, it also appropriates $2 million in loans “for the manufacture and recycling of plastic reusable grocery bags that use recycled content.

“This bill is a step in the right direction – it reduces the torrent of plastic polluting our beaches, parks and even the vast ocean itself,” said Governor Brown. “We’re the first to ban these bags, and we won’t be the last.”

In the press release from the governor’s office, California environmental groups welcomed the new regulations.

“California is the first state in the U.S. to ban the most ubiquitous consumer item on the planet, in an effort to drive consumers towards sustainable behavior change. Data from the over 127 local plastic bag bans has proven that bans are effective at reducing litter and changing consumer attitudes, and have refuted industry’s claims of apocalyptic impacts on jobs and poor communities. A state plastic bag ban saves taxpayers the huge amount of money spent on litter cleanup, and protects the environment,” said Clean Seas Coalition and Seventh Generation Advisors director Leslie Tamminen.

“SB 270 is a great victory for all of California. We’ve seen locally that plastic bag bans lead to cleaner water and healthier wildlife, keeping trash off our beaches and out of our creeks. The success of bag bans in our local communities has empowered state legislators to make the right decision for the health of California’s waterways. Governor Brown’s signature of this statewide bag ban is an important moment for our state, demonstrating that California is once again willing to take the lead on important environmental issues,” said Save the Bay executive director David Lewis.

Plastic manufacturers and the American Progressive Bag Alliance (representing the plastic industry) have already announced their intent to take steps to overturn the ban including a voter referendum to overturn the law.