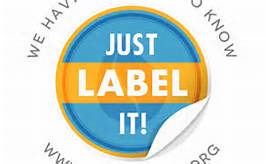 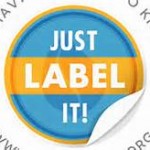 Senator Noreen Evans, from the Santa Rosa district, this week introduced a new bill to label genetically engineered food in the state of California. The bill is supported by 7 environmental, consumer groups, foods groups and small businesses called Californians for GE Food Labeling representing over 500,000 Californians.

The Center for Food Safety (CFS), one of the founding members of the coalition and a driving force behind the bill, released the following statement in support:

“California consumers want the right to know what is in the food they eat, plain and simple. As a founding member of Californians for GE Food Labeling and lead authors of the legislation, we are proud to see our state legislators introduce this important bill. The powerful and vocal demands of the food movement are being heard and acted upon,” said CFS west coast director Rebecca Spector.

“California often paves the way for federal laws,” Spector continued. “Since the U.S. Food and Drug Administration (FDA) has to date refused to label GE foods, it is up to individual states to lead the way and protect our state’s interests, including public health, consumer right to know, and our farmers and agricultural lands. This bill is an important step toward protecting these interests here in California,” added Spector.

Proposition 37, the previous attempt to pass a California GMO labeling bill failed mainly due to the enormous multi-million dollar resources pumped into an opposing campaign by the grocery manufacturers association and GM food manufacturers. SB 1381 bill is a more refined version of Prop 37, protecting farmers and retailers and placing limitations of potential litigation.

SB 1381 is available in its entirety here

Existing law, the Sherman Food, Drug, and Cosmetic Law makes it unlawful to manufacture, sell, deliver, hold, or offer for sale, any food that is misbranded. Food is misbranded if its labeling does not conform to specified state and federal labeling requirements regarding nutrition, nutrient content or health claims, and food allergens. Violation of this law is a misdemeanor.

This bill would require that any food, except as provided, offered for retail sale in the state be considered misbranded if it is entirely or partially genetically engineered, as defined, and that fact is not disclosed in a specified manner. The bill would prescribe labeling requirements for a raw agricultural commodity that is genetically engineered and packaged foods, as defined, containing some products of genetic engineering. The bill would also prescribe who is responsible for complying with those labeling requirements. The bill would authorize the Attorney General or an injured resident of the state to bring an action for injunctive relief against a violation of these provisions, as specified. The bill would authorize a court to award a prevailing plaintiff reasonable attorneys’ fees and costs, and would prohibit a court from awarding monetary damages in an action brought under the bill’s provisions.

Because this bill would create new crimes by expanding the number of foods that could potentially be misbranded and expanding the definition of the crime of perjury, it would impose a state-mandated local program.

The California Constitution requires the state to reimburse local agencies and school districts for certain costs mandated by the state. Statutory provisions establish procedures for making that reimbursement.

This bill would provide that no reimbursement is required by this act for a specified reason.

The people of the State of California do enact as follows: