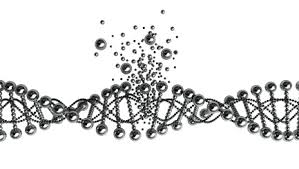 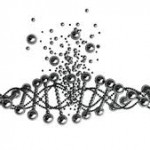 Epigenetic modifications are defined as heritable changes in gene expression that do not require changes in the DNA sequence. They cause interruption of the normal gene function resulting in changes on a metabolic level. The main mechanisms of epigenetic control in mammals are DNA methylation, histone modifications, and RNA interference (RNA silencing).

A study published by Manel Esteller, Director of Epigenetics and Cancer Biology, Bellvitge Biomedical Research Institute (IDIBELL), revealed that one in four human tumors contain genetic polyorphisms that cause epigenetic changes that modify the expression of neighboring genes.

“This work represents a Herculean effort to analyze by bioinformatics a lot of biological information. To be exact, we have studied a million genetic changes in relation to half a million epigenetic changes in 3,500 tumors representing the thirteen most common cancers, including breast, lung and colon” said Manel Esteller.

“We have seen in 25% genetic polymorphisms associated with increased cases of cancer, but not directly alter the gene, which was caused a change in DNA methylation; ie the gene was switched off without breaking it. These results add epigenetic changes as another key factor to consider in the inheritance of cancer and the contribution of the familial component to the disease” concludes Esteller.

A number of nutritional components have been found to impact on cancer through the ability to cause epigenetic changes causing a protective effect. They include isothiocyanates from cruciferous vegetables (cauliflower, cabbage, and broccoli), diallyl sulfide (an organosulphur compound from garlic),isoflavone, phytosterole, folate, selenium, vitamin E, flavonoids and dietary fibers, may reduce the risk of cancer.

A growing body of evidence suggests that dietary plant derived compounds, including folate, tea polyphenols, soy isoflavones, and polyphenols with catechol structures, have anticarcinogenic properties that can be mediated through DNA methylation.