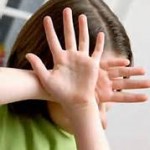 A new study has linked childhood abuse and neglect to long-term health problems in adulthood which includes a substantially increased risk of developing obesity, diabetes and other serious metabolic disorders. The study was published in the Endocrine Society’s Journal of Clinical Endocrinology and measured the level of three hormones in the blood of adults who were victim to physical, emotional and sexual abuse as children.

The hormones leptin, adiponectin and irisin, were all involved in regulating appetite and linked to body mass index and the amount of fat and the study found substantial interruption of hormone function in people who has been abused as children. Leptin specially was involved in regulating appetite and is linked to body-mass index (BMI) and fat mass. The hormone irisin is involved in energy metabolism. Adiponectin reduces inflammation in the body, and obese people tend to have lower levels of the hormone.

Study participants who scored the highest adversity scores tended to have higher levels of leptin, irisin and the inflammatory marker C-reactive protein in their blood. All of these markers are linked to obesity. In addition, the group of people who suffered the most adversity tended to have lower levels of adiponectin, another risk factor for obesity. Even after researchers adjusted for differences in diet, exercise and demographic variables among the participants, high levels of leptin and irisin continued to be associated with childhood adversity.

“This study helps illuminate why people who have dealt with childhood adversity face a higher risk of developing excess belly fat and related health conditions,” said one of the study’s authors, Christos S. Mantzoros, MD, DSc, PhD, of Beth Israel Deaconess Medical Center and the VA Boston Healthcare System, both affiliated with Harvard Medical School in Boston, MA. “The data suggest that childhood adversity places stress on the endocrine system, leading to impairment of important hormones that can contribute to abdominal obesity well into adulthood.”

“What we are seeing is a direct correlation between childhood adversity and hormone impairment, over and above the impact abuse or neglect may have on lifestyle factors such as diet and education,” Mantzoros said. “Understanding these mechanisms could help health care providers develop new and better interventions to address this population’s elevated risk of abdominal obesity and cardiometabolic risk later in life.”