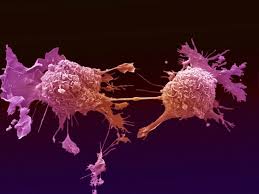 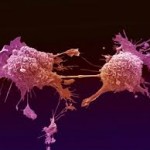 A new study, published in the journal Nature Communications, by researchers at the University of Illinois at Chicago described how cholesterol is involved in the activation of a cellular signaling pathway, that has been linked to cancer. Several cancers are driven by canonical Wnt signaling including colon cancer, melanoma, breast cancer and lung cancer.

Canonical Wnt signaling is a pathway that promotes cell growth and division and is most active in embryonic cells during development. Overactivity of this signaling pathway in mature cells is thought to be a major driver in the development of cancer and a new binding site for cholesterol was discovered that directly impacts on canonical WNT signaling by impacting on a protein called Dishevelled. Dishevelled acts like a trigger switch directing the signal either on the canonical or non-canonical Wnt pathway.

“Our research points to a new regulatory role for cholesterol, and also presents an exciting new therapeutic target for suppressing canonical Wnt signaling to treat or prevent cancer,” said Wonhwa Cho, professor of chemistry at UIC and principal investigator of the research.

“Once we realized that cholesterol is able to bind specifically to Dishevelled, we became interested in cholesterol as a potential determinant of which of the Wnt signaling pathways gets activated,” he said.

“We know that things like high-fat diets, which boost cholesterol levels, have been linked to an elevated incidence of cancer,” Cho said. “Our research provides a mechanism for how cholesterol promotes pathways that lead to cancer.”