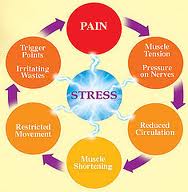 Another study documents the effect of chronic early life stressors in adult years. A research team led by Associate Professor Grigori Enikolopov of Cold Spring Harbor Laboratory (CSHL) has published their study findings in the PLOS journal. The research conclusions demonstrate that a “hostile environment in adolescence disturbs psychoemotional state and social behaviors of animals in adult life”.

Mice models were used and began with 1-month-old male mice, each placed for 2 weeks in a cage shared with an aggressive adult male. The animals were separated by a transparent perforated partition, but the young males were exposed daily to short attacks by the adult males. The exposed mice were subjected to a range of behavioral tests and developed what neurobiologists called social-defeat stress.

“The tests assessed levels of anxiety, depression, and capacity to socialize and communicate with an unfamiliar partner,” explained Dr. Enikolopov. Young mice who could be compared to human adolescents revealed high levels of anxiety helplessness, diminished social interaction, and diminished ability to communicate with other young animals in response to chronic social defeat.

Stressed mice also had less new nerve-cell growth (neurogenesis) in a portion of the hippocampus known to be affected in depression: the subgranular zone of the dentate gyrus.

A second group of mice was exposed to the same stress and then places in an unstressed environment. In this scenario most of the behvaiors impacted by so social defeat returned to normal as did neurogenesis. In these mice, the team observed latent impacts on behavior. As adults they were abnormally anxious, and were observed to be more aggressive in their social interactions. “The exposure to a hostile environment during their adolescence had profound consequences in terms of emotional state and the ability to interact with peers,” Dr. Enikolopov said.

Another study has identified the impact of chronic early life stressors on food relationships, in particular comfort foods. It was determined that exposure to stress in the first few days of life increases stress responses, anxiety and the consumption of palatable “comfort” foods in adulthood.

“Comfort foods” are defined as the foods eaten in response to emotional stress, and are suggested to contribute to the obesity epidemic.

Litters of rats were subjected to a protocol of reduced nesting material (Early-Life Stress) or standard care (Controls), in the first days of life. In adulthood, behavioral anxiety and stress reaction were measured in correlation with a preference for comfort food.

The findings demonstrate that early-Life Stress increased adulthood anxiety, increased the hormonal response to stress (corticosterone) and increased the preference for comfort foods, even after a period of chronic exposure to this type of food.

“To our knowledge, this is the first study to demonstrate that comfort food preference could be enhanced by such an early stress exposure,” says lead researcher Tania Machado.

Society for the Study of Ingestive Behavior. “Stress early in life leads to adulthood anxiety and preference for ‘comfort foods’.”