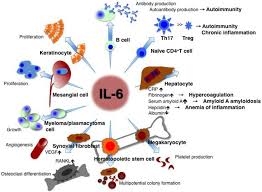 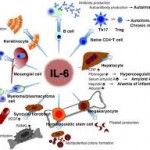 The adage that a healthy body is linked to a healthy mind holds true for a study published by JAMA Psychiatry which confirmed that mental illness and chronic physical illness may share a common biological mechanism.

The research study conducted by the University of Cambridge studies 4,500 people over a long period of time to investigate the occurrence of depression and other mental illness. Children had their blood samples taken at age 9 and a follow up blood sample occurred at age 18.

The team divided the individuals into three groups, depending on whether their everyday levels of IL-6 were low, medium or high. They found that those children in the ‘high’ group were nearly two times more likely to have experienced depression or psychosis than those in the ‘low’ group.

“Our immune system acts like a thermostat, turned down low most of the time, but cranked up when we have an infection. In some people, the thermostat is always set slightly higher, behaving as if they have a persistent low level infection — these people appear to be at a higher risk of developing depression and psychosis. It’s too early to say whether this association is causal, and we are carrying out additional studies to examine this association further,” said Dr Golam Khandaker from the Department of Psychiatry at the University of Cambridge, who led the study.

Professor Peter Jones, Head of the Department of Psychiatry and senior author of the study, commented: “Inflammation may be a common mechanism that influences both our physical and mental health. It is possible that early life adversity and stress lead to persistent increase in levels of IL-6 and other inflammatory markers in our body, which, in turn, increase the risk of a number of chronic physical and mental illness.”