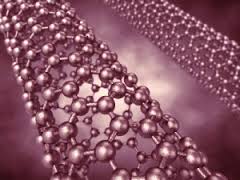 A new study, published by Duke University in the journal Cell Stem Cell, has revealed that chronic inflammation in the gut increases the risk of cancer by 500 %.

The increase is linked to microRNA, called miR-34a, which provides cancer stem cells the ability to divide asymmetrically.

“A quarter of the world’s population is affected by some type of gut inflammation,” said lead author Xiling Shen, associate professor of biomedical engineering at Duke University. “These patients always have a much higher chance of developing colon cancer, but it was never clear why. Now we have found a link.”

The scientists used a mouse model to delete microRNA and investigate the effect on the risk of cancer. The mouse tissue became inflamed without microRNA miR-34A; their stem cells grew out of control and formed many tumor-like structures.

Based on the study, Shen’s group concluded that even though miR-34a is active in cancer, it’s actually a good guy. Triggered to act when the gut becomes inflamed, miR-34a forces the process of asymmetrical division, helping to control normal stem cell population

“Typically when you look at tumors and see something that isn’t in normal tissue, you think it’s a bad thing,” said Shen. “But it turns out that, under normal circumstances, these microRNAs are the good guys who only show up when things go wrong. And when you silence them in late-stage cancer, it’s like the super-villain carried off the superhero and the cancer becomes much worse.”

The researchers are investigating potential treatment possibilities and a test which would act as a warning system to catch cancer at an early stage, by detecting elevated levels of miR-34a. A treatment for late-stage cancer would involve the expression of mIR-34 by cancer cells. This would prevent tumor cells from reverting back to stem calls.