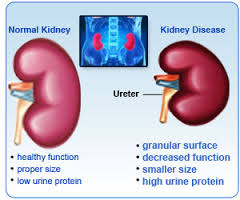 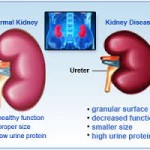 Trimethylamine N-oxide (TMAO) is a gut metabolite created during the digestion process of egg, red meat or dairy-derived nutrients choline and carnitine, A study published by the Miller Family Heart and Vascular Institute at Cleveland Clinic has for the first time linked TMAO to chronic kidney disease and illustrates the crucial relevance of nutrition. Approximately 20 million Americans are estimated to have kidney disease. It causes a progressive loss of kidney function over time, with waste product accumulating in the blood.

Previous studies have linked the metabolite to heart disease and blood tests are a tool to predict the risk of future heart attack, stroke and death. TMAO forms in the gut during digestion of choline and carnitine, nutrients that are prevalent in animal products such as red meat and liver. Choline is also abundant in egg yolk and high-fat dairy products. The new study offers further insight into the relationship between cardiovascular disease and chronic kidney disease.