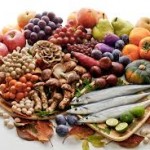 Chronic obstructive pulmonary disease (COPD) affects approximately 12.7 million adults in the US and was the third leading cause of death in 2010 with 134,676 deaths. It is defined as a condition that causes airway obstruction and breathing problems. The disease is characterized by shortness of breath during day-to-day activities, chronic cough, wheezing, frequent respiratory infections, excessive mucus production, fatigue and blueness in the lips or fingernails.

A new collaborative study involving France and the US has identified diet has a modifiable risk factor. Previously smoking was attributed to be the main cause of COPD.

The researchers recommend a health diet as a preventative measure to COPD as it is theorized that antioxidants in a healthy diet may be behind the protective effect against COPD.