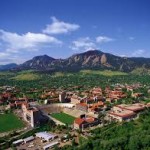 The City of Boulder in Colorado has followed on the heels of other cities to become the latest region to restrict the use of neonicotinoid (neonic) pesticides. The restriction currently affects pesticides on city property only and is based on the grassroots movement of environmental activists who received strong support from city officials.

The state has regressive pesticide preemption law which prohibits the use of pesticides on private property. In response environmentalists have had to resort to obtaining pledges from private individuals to stop the use of neonicotinoids and other bee-toxic chemicals on their own property.

“We at Bee Safe Boulder, along with city staff and elected city council members, believe that this resolution will become the go-to template for other local governments with similar aspirations in the near future,” said David Wheeler, co-founder of the local group.

The resolution commits the city to the following:

Not applying neonicotinoid pesticides to city property;
Encouraging “all related parties,” including county, state, and federal governments and private individuals to suspend their use of neonicotinoids until a thorough review is completed and a public health and environmental assessment can prove their safety;
Seeking out plants and seeds not treated with neonicotinoids, and encouraging all businesses, homeowners, and HOAs within the city to make efforts to ensure no neonic-containing products are sold or used within the city;
Engaging in efforts to educate the broader community about reducing neonicotinoid pesticides, and encouraging other states, localities, and government agencies to adopt similar policies.