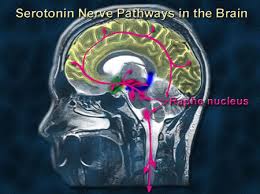 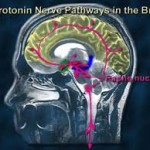 Previous studies have illustrated the connection between improved cognitive function and behavior in certain brain disorders upon consuming vitamin D and marine omega-3 fatty acids. However, an explanation for the underlying mechanism has been missing.

Now a new study, published in the FASEB journal, has illustrated that serotonin is the missing link in connecting why vitamin D and marine omega 3 fatty acids are associated with ameliorating the symptoms associated with a broad array of brain disorders.

Eicosapentaenoic acid (EPA) is an omega 3 fatty acid and increases serotonin release from presynaptic neurons by reducing inflammatory signaling molecules in the brain known as E2 series prostaglandins, which inhibit serotonin release and suggests how inflammation may negatively impact serotonin in the brain. EPA, however, is not the only omega-3 that plays a role in the serotonin pathway. Docosahexaenoic acid (DHA) also influences the action of various serotonin receptors by making them more accessible to serotonin by increasing cell membrane fluidity in postsynaptic neurons.

“In this paper we explain how serotonin is a critical modulator of executive function, impulse control, sensory gating, and pro-social behavior,” says Dr. Patrick. “We link serotonin production and function to vitamin D and omega-3 fatty acids, suggesting one way these important micronutrients help the brain function and affect the way we behave.”

The research findings explain the metabolic link and connection of low vitamin D and marine omega-3 deficiencies and how these interact with genetic pathways, such as the serotonin pathway, that are important for brain development, social cognition, and decision-making, and how these gene-micronutrient interactions may influence neuropsychiatric outcomes.

“Vitamin D, which is converted to a steroid hormone that controls about 1,000 genes, many in the brain, is a major deficiency in the US and omega-3 fatty acid deficiencies are very common because people don’t eat enough fish,” said Dr. Ames.