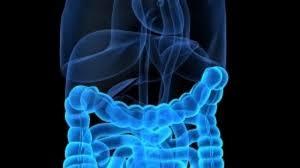 Several studies have associated colecterol cancer with gut microbes caused by a carbohydrate rich western diet. Colecteral cancer is also frequently associated with mutations in a tumor suppressor gene called APC as well as the MSH2 gene, which plays a critical role in repairing DNA damage.One study published in the journal Cell Press shows that gut microbes metabolize carbohydrates in the diet causing a substantial increase in intestinal cells, forming tumors in mince that are genetically predisposed to cancer.

Intervention with antibiotics or a low-carbohydrate diet significantly reduced tumors in these mice.

“Because hereditary colorectal cancer is associated with aggressive and rapid tumor development, it is critical to understand how major environmental factors such as microbes and diet interact with genetic factors to potentially affect disease progression,” says senior study author Alberto Martin of the University of Toronto. “Our study provides novel insights into this question by showing that gut bacteria interact with a carbohydrate-rich diet to stimulate a prevalent type of hereditary colon cancer.”

In this study mice were used that had APC and MSH2 mutations and had a genetic predisposition to developing colorectal cancer. Treatment with either antibiotics or a low-carbohydrate diet reduced cell proliferation as well as the number of tumors in the small intestines and colons of these mice. These two treatments also reduced levels of certain gut microbes that metabolize carbohydrates to produce a fatty acid called butyrate. When the researchers increased butyrate levels in the antibiotic-treated mice, cell proliferation and the number of tumors increased in the small intestines.

“By providing a direct link between genetics and gut microbes, our findings suggest that a diet reduced in carbohydrates as well as alterations in the intestinal microbial community could be beneficial to those individuals that are genetically predisposed to colorectal cancer,” Martin said.