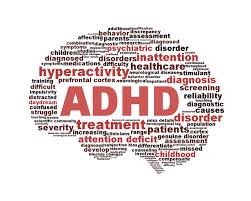 The research participants consisted of 687 children aged 8-15 who participated in the 2000-2001 National Health and Nutrition Examination Survey (NHANES); a nationally representative sample of the United States population designed to collect information about health. Urine samples were analyzed to examine the level of pesticide exposure in the 8-11 year olds and a third of the 12-15 year olds.

The findings revealed that boys with a detectable urinary 3-PBA, a biomarker of exposure to pyrethroids, were three times as likely to have ADHD compared with those without detectable 3-PBA. The symptoms of ADHD (hyperactivity and impulsivity) increased by 50 percent for every 10-fold increase in 3-PBA levels in boys.

“Our study assessed pyrethroid exposure using 3-PBA concentrations in a single urine sample,” says Dr. Froehlich. “Given that pyrethroids are non-persistent and rapidly metabolized, measurements over time would provide a more accurate assessment of typical exposure and are recommended in future studies before we can say definitively whether our results have public health ramifications.”