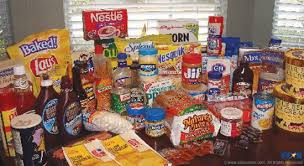 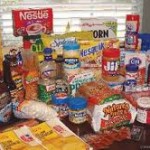 A comparison of global consumption trends in 187 countries revealed that consumption of processed food and sweetened food has outpaced the consumption of healthy food and vegetables during the last two decades. The study was published in the Lancet Health Global Health journal and evaluated almost 4.5 billion adults.

The underlying premise of the research was that diet significantly impacts on the global rise of non-communicable diseases such as cardiovascular disease, diabetes, and diet-related cancers.

The findings revealed that the highest income nations including the USA, Canada, Western Europe and Australia, have the poorest quality of diets in the world as they have some of the highest consumption of unhealthy food worldwide, although there has been some improvement in general diet quality. Several countries in sub-Saharan Africa and some countries in Asia (eg, China and India) have seen no improvement in their diet quality over the past 20 years. Generally diet patterns vary by national income, with high-income countries generally having better diets based on healthy foods (average score difference +2.5 points), but substantially poorer diets due to a higher intake of unhealthy foods compared with low-income countries (average score difference -33.0 points). On average, older people and women seem to consume better diets.

The highest scores for healthy foods originated from several low-income countries (eg, Chad and Mali) and Mediterranean nations (eg, Turkey and Greece). These nations generally use the Mediterranean diet. In contrast, low scores for healthy foods were shown for some central European countries and republics of the former Soviet Union (eg, Uzbekistan, Turkmenistan, and Kyrgyzstan).

“By 2020, projections indicate that non-communicable diseases will account for 75% of all deaths. Improving diet has a crucial role to play in reducing this burden,” said Dr Imamura, the lead study author. “Our findings have implications for governments and international bodies worldwide. The distinct dietary trends based on healthy and unhealthy foods, we highlight, indicate the need to understand different, multiple causes of these trends, such as agricultural, food industry, and health policy. Policy actions in multiple domains are essential to help people achieve optimal diets to control the obesity epidemic and reduce non-communicable diseases in all regions of the world.”