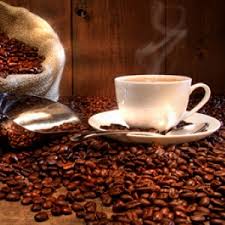 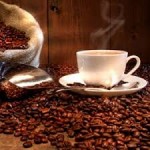 Coffee drinkers hardly need an excuse to indulge in their favorite cup of coffee which contains anti-oxidant properties. A new study has demonstrated that that consuming two or more cups of coffee each day reduces the risk of death from liver cirrhosis by 66%. The statistics reflect that 29 million Europeans have chronic liver disease, with 17,000 deaths annually attributed to cirrhosis. The World Health Organization reports that liver cirrhosis is the 11th leading cause of death in the U.S

The research published in the journal of Hepatology specifically targeted cirrhosis caused by non-viral hepatitis and also revealed that in addition to coffee tea, fruit juice, and soft drink consumption are not linked to cirrhosis mortality risk. Heavy alcohol use, however; was found to increase risk of death from cirrhosis.

The study, one of the largest of its kind, recruited 63,275 Chinese subjects between the ages of 45 and 74 living in Singapore, and they provided information on diet, lifestyle choices, and medical history during in-person interviews conducted between 1993 and 1998. Patients were followed for an average of nearly 15 years, during which time there were 14,928 deaths (24%); 114 of them died from liver cirrhosis. The mean age of death was 67 years.

“Our study is the first to demonstrate a difference between the effects of coffee on non-viral and viral hepatitis related cirrhosis mortality,” concludes Dr. Koh. “This finding resolves the seemingly conflicting results on the effect of coffee in Western and Asian-based studies of death from liver cirrhosis. Our finding suggests that while the benefit of coffee may be less apparent in the Asian population where chronic viral hepatitis B predominates currently, this is expected to change as the incidence of non-viral hepatitis related cirrhosis is expected to increase in these regions, accompanying the increasing affluence and westernizing lifestyles among their younger populations.”