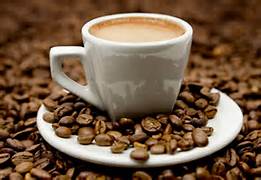 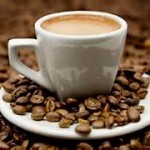 Caffeine has been associated with health effects. According to the U.S. Food and Drug Administration, 90 percent of people worldwide consume caffeine in one form or another. In the United States, 80 percent of adults consume caffeine every day. The average adult has an intake of about 200 milligrams — the same amount used in the Yassa study — or roughly one strong cup of coffee or two small cups of coffee per day.The newest study points to the fact that consumption of caffeine enhances memory.

Researchers at John Hopkins University published their findings in the journal of Nature Neuroscience and determined that caffeine has a long term positive effect on long term memory in humans. It appears that Caffeine enhances memory for at least 24 hours after consumption. The hippocampus controls the memory center in the human brain.

This is the first study to examine caffeine’s effects on long-term memory in detail.

“We’ve always known that caffeine has cognitive-enhancing effects, but its particular effects on strengthening memories and making them resistant to forgetting has never been examined in detail in humans,” said Yassa, senior author of the paper. “We report for the first time a specific effect of caffeine on reducing forgetting over 24 hours.”

The Johns Hopkins researchers conducted a double-blind trial where participants who did not regularly eat or drink caffeinated products received either a placebo or a 200-milligram caffeine tablet five minutes after studying a series of images.

The next day, both groups were tested on their ability to recognize images from the previous day’s study session. On the test, some of the visuals were the same as from the day before, some were new additions and some were similar but not the same as the items previously viewed. More members of the caffeine group were able to correctly identify the new images as “similar” to previously viewed images versus erroneously citing them as the same.

The brain’s ability to recognize the difference between two similar but not identical items, called pattern separation, reflects a deeper level of memory retention, the researchers said.

“If we used a standard recognition memory task without these tricky similar items, we would have found no effect of caffeine,” Yassa said. “However, using these items requires the brain to make a more difficult discrimination — what we call pattern separation, which seems to be the process that is enhanced by caffeine in our case.”

“Almost all prior studies administered caffeine before the study session, so if there is an enhancement, it’s not clear if it’s due to caffeine’s effects on attention, vigilance, focus or other factors. By administering caffeine after the experiment, we rule out all of these effects and make sure that if there is an enhancement, it’s due to memory and nothing else,” said Yassa.