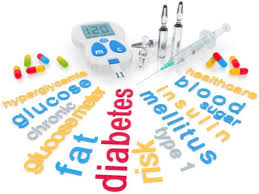 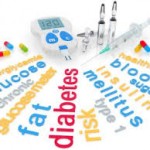 Research from the John Hopkins Bloomberg School of Public Health, published in the Annals of Internal Medicine, reveals that the rate of diabetes and pre-diabetes in the United States has nearly doubled since 1988. In 2010, approximately 21 million American adults aged 20 or older had confirmed diabetes (either diagnosed or undiagnosed).

The increase, blamed on obesity, is found most prevalently in African Americans, Hispanics and the elderly. The researchers analyzed data from 43,000 participants collected over two decades in the National Health and Nutrition Examination Surveys (NHANES).

“There is a growing need to recognize this serious issue, especially since most cases of diabetes can be prevented through weight loss and other lifestyle changes,” said lead author, Elizabeth Selvin, PhD, MPH, an Associate Professor at the Johns Hopkins Bloomberg School of Public Health.

“The substantially greater prevalence of pre-diabetes and diabetes, and poor rates of glycemic control (even among persons with medication-treated diabetes) in ethnic minority populations is particularly concerning,” Selvin said. “Especially since blacks and Mexican Americans are also at a greater risk for complications of diabetes.”

The study findings in general found that total diabetes in African Americans was nearly double the prevalence in whites (15% vs. 9%). Mexican Americans also had a greater prevalence of diabetes than whites (12% vs. 9%). Racial and ethnic differences also existed in treatment of diabetes and glycemic control. Among persons diagnosed with diabetes who reported currently taking medications, only 52% of non-Hispanic blacks and 43% of Mexican Americans had HbA1c levels less than 7.0% compared with 57% of non-Hispanic whites.

“The implications of the increase in pre-diabetes and diabetes are enormous but the good news is we are doing better with screening and diagnosis,” said Selvin.