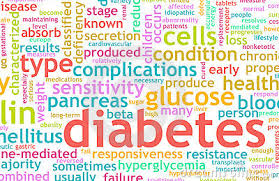 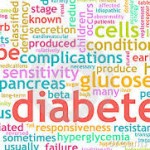 The Harvard T.H. Chan School of Public Health and Brigham and Women’s Hospital has published a new study specifying that the risk of type 2 diabetes was reduced for Asian, Hispanic, and black women by simply consuming a healthy diet.

Approximately 29.1 million people in the U.S. and 47 million globally are affected by diabetes. Previous studies have correlated an increased risk of diabetes in African Americans, Latinos, Native Americans, and Asian Americans/Pacific Islanders, and the aged.

The study pool consisted of analyzing data of 156,030 non-Hispanic white women and 2,026 Asian, 2,053 Hispanic, and 2,307 black women in the Nurses’ Health Study and Nurses’ Health Study II. The women were followed for up to 28 years and filled out diet questionnaires every four years.The research investigators created a dietary diabetes risk reduction score that included components associated with type 2 diabetes risk.

“This study suggests that a healthy overall diet can play a vital role in preventing type 2 diabetes, particularly in minority women who have elevated risks of the disease. As the incidence of type 2 diabetes continues to increase at an alarming rate worldwide, these findings can have global importance for what may be the largest public health threat of this century,” said lead author Jinnie Rhee, who conducted the research as a doctoral student in the Departments of Epidemiology and Nutrition at Harvard Chan and is currently a postdoctoral fellow in the Division of Nephrology at Stanford University School of Medicine.

The research findings revealed that a healthy diet conferred a protective effect on all racial and ethnic groups. Comparing the highest to the lowest quartile of dietary diabetes risk reduction score, healthy diet was associated with a 48% lower risk of diabetes in white, 42% in Asian, 55% in Hispanic, and 32% in black women. In addition, in both white and minority women, higher glycemic index foods as well as each serving of sugar-sweetened beverages, and red and processed meats were associated with increased risk of diabetes. In contrast, higher intake of cereal fiber (grams/day) and each cup of coffee per day were associated with reduced diabetes risk in both groups.