A new study, published by the Sahlgrenska Academy in the journal Cell Metabolism, has revealed that a dietary treatment works for some individuals and it depends on interactions between the gut microbiota and the diet.

“Our findings clearly show the importance of the interaction between the gut microbiota and the diet and contribute to our understanding of metabolism in health and disease. The results may help to explain why responses to different dietary treatments are so individual,” says Professor Fredrik Bäckhed at the Sahlgrenska Academy, University of Gothenburg.

Prevotella bacteria was present in higher proportions in those individuals who responded to barley kernel bread than in those people who did not respond to this dietary intervention. Previous studies have indicated that altered gut microbiota is involved in metabolic diseases such as type 2 diabetes, and that the gut microbiota contributes to obesity, diabetes and cardiovascular disease.

“It is incredibly exciting to see the link between the gut microbiota and various dietary fibers, which can help us develop more individualized dietary guidelines,” said Professor Inger Björk at Lund University.

“Our results also show that control of blood sugar is improved in mice supplemented with Prevotella if they are given a high-fiber diet. Our findings could lead to a combination product with Prevotella and fiber from grains,” said Fredrik Bäckhed at the Sahlgrenska Academy. 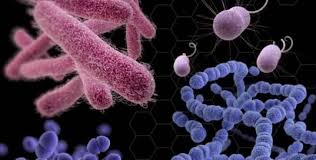