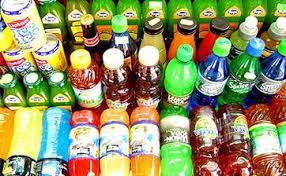 A new study by the University of Illinois Kinesiology has determined that diet soda increases the consumption of discretionary food such as cookies, ice cream, chocolate, french fries and pastries.

The research participants consisted of 22,000 U.S. adults which asked the participants to recall everything they ate or drank over the course of two nonconsecutive days, and analyzed 10 years of data from the National Health and Nutrition Examination Survey.

African-Americans who consumed diet beverages, sugary drinks and coffee, and Hispanics who drank alcohol, had the highest daily calorie intakes across all of the racial and ethnic groups.

The participants consumed the following beverages as a choice: Coffee consumed by more than half — 53 percent — of the population, followed by sugar-sweetened beverages (43 percent), tea (26 percent), alcohol (22 percent) and diet beverages (21 percent).

“It may be that people who consume diet beverages feel justified in eating more, so they reach for a muffin or a bag of chips,” community health professor Ruopeng An said. “Or perhaps, in order to feel satisfied, they feel compelled to eat more of these high-calorie foods.”

A third possible explanation might be that people opt to drink diet beverages because they feel guilty about indulging in unhealthy food, An said.

“It may be one — or a mix of — these mechanisms,” An said. “We don’t know which way the compensation effect goes.”

People who consumed sugar-sweetened beverages or coffee had the worst nutrition profiles.

“If people simply substitute diet beverages for sugar-sweetened beverages, it may not have the intended effect because they may just eat those calories rather than drink them,” An said. “We’d recommend that people carefully document their caloric intake from both beverages and discretionary foods because both of these add calories — and possibly weight — to the body.”