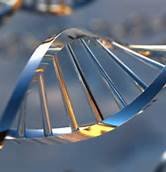 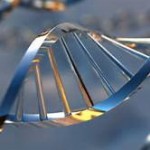 A new study has confirmed that your body responds to its genetic blueprint when it comes to diet. The research was published in the journal of Cell Metabolism and has revealed that deviation from the diet that your body is programmed to accept as optimal can cause premature death and aging. The findings identified a gene called alh-6 which delayed the effects of aging depending on what type of diet is consumed.

“These studies have revealed that single gene mutations can alter the ability of an organism to utilize a specific diet. In humans, small differences in a person’s genetic makeup that change how well these genes function, could explain why certain diets work for some but not others,” said Curran, corresponding author of the study and assistant professor with joint appointments in the USC Davis School of Gerontology, the USC Dornsife College of Letters, Arts and Sciences, and the Keck School of Medicine of USC.

Caenorhabditis elegans, a one-milimeter-long worm was used as the model organism for this study as genes in C. elegans are likely to be mirrored in humans while its short lifespan allows scientists to do aging studies on it.

“This gene is remarkably well-conserved from single celled yeast all the way up to mammals, which suggests that what we have learned in the worm could translate to a better understanding of the factors that alter diet success in humans,” Curran said.
“We hope to uncover ways to enhance the use of any dietary program and perhaps even figure out ways of overriding the system(s) that prevent the use of one diet in certain individuals,” Curran concluded.