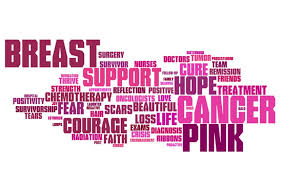 The cancer survivors were differentiated into groups with stage 0 to III breast cancer who completed adjuvant treatment at least three months prior to the study and were randomized between April 2011 and March 2012. The intervention group participated in nutrition roundtables, food shopping field trips, and cooking classes. The control group only received dietary recommendations. The group consisted of 34 intervention participants and 36 control group participants.

“Our findings are both noteworthy and encouraging, given the lack of previous studies evaluating dietary behavior change among Latina breast cancer survivors and the relatively high cancer mortality among this population,” said Dr. Greenlee. “This is a unique population to focus these kinds of trials. Most breast cancer behavioral studies are among well-educated and fairly affluent white women.”

The researchers attributed the increased positive health of the breast cancer survivors to nutritional intervention using traditional recipes from their home countries, traditional spices to make healthy recipes taste great, and prepare these dishes using less fat. The sole purpose of the study was to demonstrate that behavior change interventions can work in vulnerable population.