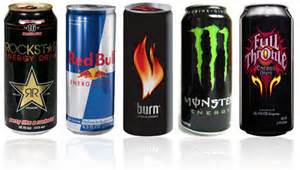 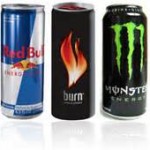 New research presented at the European Society of Cardiology specified that consuming energy drinks will cause heart problems.

Professor Milou-Daniel Drici from France presented the research and said: “So-called ‘energy drinks’ are popular in dance clubs and during physical exercise, with people sometimes consuming a number of drinks one after the other. This situation can lead to a number of adverse conditions including angina, cardiac arrhythmia (irregular heartbeat) and even sudden death.” “Around 96% of these drinks contain caffeine, with a typical 0.25 litre can holding 2 espressos worth of caffeine. Caffeine is one of the most potent agonists of the ryanodine receptors and leads to a massive release of calcium within cardiac cells. This can cause arrhythmias, but also has effects on the heart’s abilities to contract and to use oxygen. In addition, 52% of drinks contain taurine, 33% have glucuronolactone and two-thirds contain vitamins.”

The study analysed adverse events reported between 1 January 2009 and 30 November 2012.The researchers determined that consumption of the 103 available energy drinks in France increased by 30% between 2009 and 2011 up to over 30 million liters.

The experts found that 95 of the reported adverse events had cardiovascular symptoms, 74 psychiatric, and 57 neurological, sometimes overlapping. Cardiac arrests and sudden or unexplained deaths occurred at least in 8 cases, while 46 people had heart rhythm disorders, 13 had angina and 3 had hypertension.

Dr Drici said: “We found that ‘caffeine syndrome’ was the most common problem, occurring in 60 people. It is characterised by a fast heart rate (called tachycardia), tremor, anxiety and headache.” “Patients with cardiac conditions including catecholaminergic arrhythmias, long QT syndrome and angina should be aware of the potential danger of a large intake of caffeine, which is a stimulant that can exacerbate their condition with possibly fatal consequences.”

Dr Drici continued: “The general public need to know that so-called ‘energy drinks’ have absolutely no place during or after physical exercise, as compared with other drinks designed for that purpose. When used in long alcoholic cocktails, the caffeine in ‘energy drinks’ enables young people in dance clubs or elsewhere to overcome the unwanted effects of alcohol, leading to an even greater intake of caffeine.”

The researchers recommend that patients with cardiac conditions including catecholaminergic arrhythmias, long QT syndrome and angina should be aware of the potential danger of a large intake of caffeine; a stimulant that can exacerbate their condition with possibly fatal consequences.