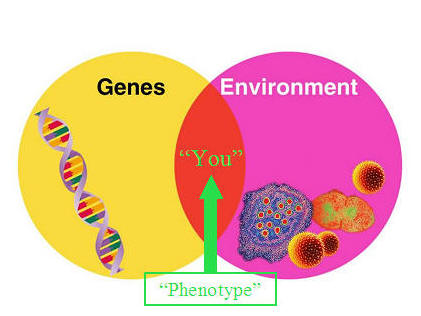 A collaborative study published by the Karolinska Institute in Sweden and Mount Sinai in the US specified that environmental factors are just as much to blame for autism as genes. Autism spectrum disorders consists of neuro-develeopmental disorders that have a wide range of characteristics resulting in the impairment of social interaction and communication and the presence of repetitive behavior.

The study examined over 2 million people and was published in the JAMA, medical journal, and specifically examined the familial association with autism. The researchers examined anonymous data from the Swedish national health registers including 2 million children in between 1982-2006 and the 14, 516 children who had an official ASD diagnosis.

The researchers analyzed pairs of family members: identical and non-identical twins, siblings, maternal and paternal half-siblings and cousins and involved two separate measures of autism risk; heritability, which is the proportion of risk in the population that can be attributed to genetic factors; and Relative Recurrent Risk which measures individual risk for people who have a relative with autism.

Professor Avi Reichenberg, author of the study from Mount Sinai Seaver Center for Autism Research, who led the study whilst at King’s College London, said: “Heritability is a population measure, so whilst it does not tell us much about risk at an individual level, it does tell us where to look for causes. We were surprised by our findings as we did not expect the importance of environmental factors in autism to be so strong. Recent research efforts have tended to focus on genes, but it’s now clear that we need much more research to focus on identifying what these environmental factors are. In the same way that there are multiple genetic factors to consider, there will likely be many different environmental factors contributing to the development of autism.”

In the second part of the study, the researchers examined individual risk and found that children with a brother or sister with autism were 10.3 times more likely to develop autism; 3.3-2.9 times if they had a half-brother or sister with autism; and 2.0 times if they had a cousin with autism; compared to the general population which has a 1-100 ratio of being affected by autism. There were no differences in relative risk between genders. This is the first study to provide such a comprehensive and far reaching analysis of individual risk extended as far as cousins.

Dr Sven Sandin, author of the study from King’s College London and Karolinska, said: “Our study was prompted by a very basic question which parents often ask: ‘if I have a child with autism, what is the risk my next child will too?’ Our study shows that at an individual level, the risk of autism increases according to how close you are genetically to other relatives with autism. We can now provide accurate information about autism risk which can comfort and guide parents and clinicians in their decisions.”