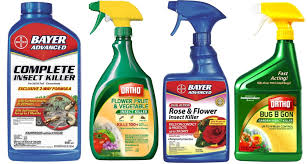 The U.S. Environmental Protection Agency (EPA) has implemented new measures to halt the registration of neonicotinoid pesticide products and uses. Environmental groups and grassroots advocates have announced their displeasure and have advocated the EPA to suspend the huge numbers of other bee-harming pesticides already on the market, instead of just halting the registration of new products.

The use of neonicotinoid pesticides has caused considerable controversy and is known to have adverse effects on honey bees, birds, butterflies and other pollinator species, and is associated with a major pollinator decline.

“We need EPA to protect bees and other pollinators from the neonicotinoids and other bee-harming insecticides that are already covering the corn and soybean acres in our area, not just keep new products off the market,” said Joanna Voigt, program and communications coordinator at Kansas Rural Center. “Here at the Kansas Rural Center we work with farmers who rely on pollinators to cultivate crops like squash, blueberries, apples, cucumbers, peppers, sunflowers and more. These farmers deserve more from EPA.”

“EPA’s announcement is disingenuous,” said Jeff Anderson, a beekeeper and owner of California Minnesota Honey Farms. “In the last year, EPA has approved registration for two new neonics, and expanded uses of these pesticides to additional blooming crops — also increasing residue tolerances to accommodate these new uses. Allowing increased toxic exposure to my bees and then announcing a moratorium? Very disingenuous.”

Numerous grass root organizations and environmental advocates are urging the EPA to expand the moratorium to include not only new products but products that are already in circulation.

“It’s welcome news that EPA is finally beginning to address the threat that neonics pose to the nation’s bees and other pollinators, but given the threats to the nation’s food and farming system, more is needed,” said Kristin Schafer, policy director at Pesticide Action Network North America. “Numerous bee-harming neonics and their cousin products are already on the market, and seed coatings in particular have led to a dramatic surge in use over the last few years. EPA should go further to place a moratorium on existing products.”

“EPA has finally admitted it lacks the basic data needed to determine whether bees, other pollinators, or the environment will be adversely affected by neonicotinoids,” said Peter T. Jenkins, attorney for the Center for Food Safety. “If EPA is unable to assess the safety of new uses, the agency similarly is not able to assess the safety of the close to 100 outdoor uses already approved. In view of its admissions, EPA has no option under FIFRA other than to suspend the existing uses, as well as follow through with its moratorium on the proposed new uses.”

“Although EPA acknowledges the harm neonicotinoids cause to pollinators, this action simply does not address the current neonicotinoid and other systemic insecticide products used in agriculture and by consumers that already pose unacceptable risks to pollinators,” said Jay Feldman, executive director of Beyond Pesticides. “We urge the agency to suspend neonicotinoid products and take meaningful action on pollinator health.”

“Today’s action by EPA is an important step forward in protecting bees, butterflies, and the entire web of life,” said Lori Ann Burd, Environmental Health director at the Center for Biological Diversity. “There is no question that these toxic chemicals are killing our pollinators, and we commend EPA for recognizing these impacts and taking this action — but they need to go even further.”

Beyond Pesticides
Center for Biological Diversity
Center for Food Safety