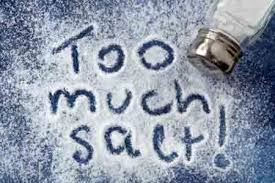 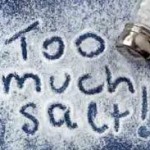 A collaborative new study by the University of Delaware College of Health Sciences and two physicians at Christiana Care Health Syste has conclusively linked adverse health effects to a high salt diet.

The study, published in the journal of the American College of Cardiology. suggests that even in the absence of high blood pressure, high consumption of dietary sodium can affect other organs including blood vessels, heart, kidneys and brain. Other potential effects on the arteries include reduced function of the endothelium, which is the inner lining of blood vessels. Endothelial cells mediate a number of processes, including coagulation, platelet adhesion and immune function. Elevated dietary sodium can also increase arterial stiffness.

“High dietary sodium can also lead to left ventricular hypertrophy, or enlargement of the muscle tissue that makes up the wall of the heart’s main pumping chamber,” Edwards said. “As the walls of the chamber grow thicker, they become less compliant and eventually are unable to pump as forcefully as a healthy heart.”

The researchers recommend eliminating salt from diet; not an easy process as approximately 70% of sodium in the diet comes from processed foods including breads and cereals.