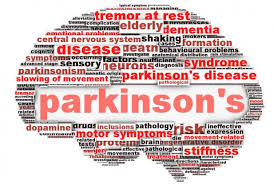 A new study has demonstrated the positive impact of exercise on Parkinson’s patients. Parkinson’s disease is a progressive neurological disorder that is newly diagnosed in around 50,000 Americans each year. The disease is most common among individuals over the age of 60, and the disease affects around 50% more men than women.

Triggered by damaged neurons in an area of the brain that controls movement, Parkinson’s disease can cause involuntary movements or tremors, impaired balance and coordination, and problems standing and walking. Falling is a common occurrence with half a million people in the US affected by the disease.

The study participants consisted of 231 research particpants who were randomized to either take part in a 40-60 minute exercise program three times a week for 6 months or to continue with their usual care.

The team found that participants with less severe Parkinson’s disease who took part in the exercise program saw a 70% reduction in falls, compared with those who continued with their usual care.

Participants who engaged in the exercise program reported improved mobility and balance, reduced fear of falls and better overall quality of life.

The researchers recommend that minimally supervised exercise programs aimed at reducing falls in people with Parkinson’s should be started early in the disease process.