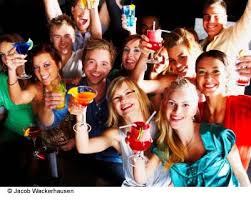 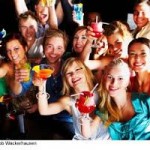 A study published in the journal of JAMA Pediatrics has correlated exposure to alcohol related advertising on television among underage youths with the onset of drinking, binge drinking and hazardous drinking. Statistically alcohol is the most common drug used by young people. Sixty six percent of U.S. high school students have reported trying alcohol, 34.9 percent reported alcohol use in the past 30 days and 20.8 percent reported recent binge drinking.

The researchers embarked on this study as companies have claimed that alcohol related advertising has no impact on teenagers. The study consisted of telephone- and web-based surveys with 2,541 adolescents and young adults between the ages of 15 and 23 years at baseline, with 1,596 completing a follow-up survey.

“The alcohol industry claims that their advertising self-regulation program protects underage youths from seeing their ads,” said Susanne Tanski, the lead study author. “Our study indicates that it does not.”

The research findings revealed that a higher alcohol receptivity score among underage participants predicted the onset of drinking, binge drinking and hazardous drinking in the future. Twenty nine percent of participants aged between 15-17 engaged in binge drinking.

“Alcohol companies claim their advertising does not affect underage drinking, that instead it is parents and friends that are the culprits,” said James D. Sargent, MD, senior author on the study and a CHaD pediatrician, the Scott M. and Lisa G. Stuart Professor of Pediatric Oncology at Geisel, and co-director of the NCCC Cancer Control Program. “This study suggests otherwise; that underage youths are exposed to and engaged by alcohol marketing and this prompts initiation of drinking as well as transitions from trying to hazardous drinking.”