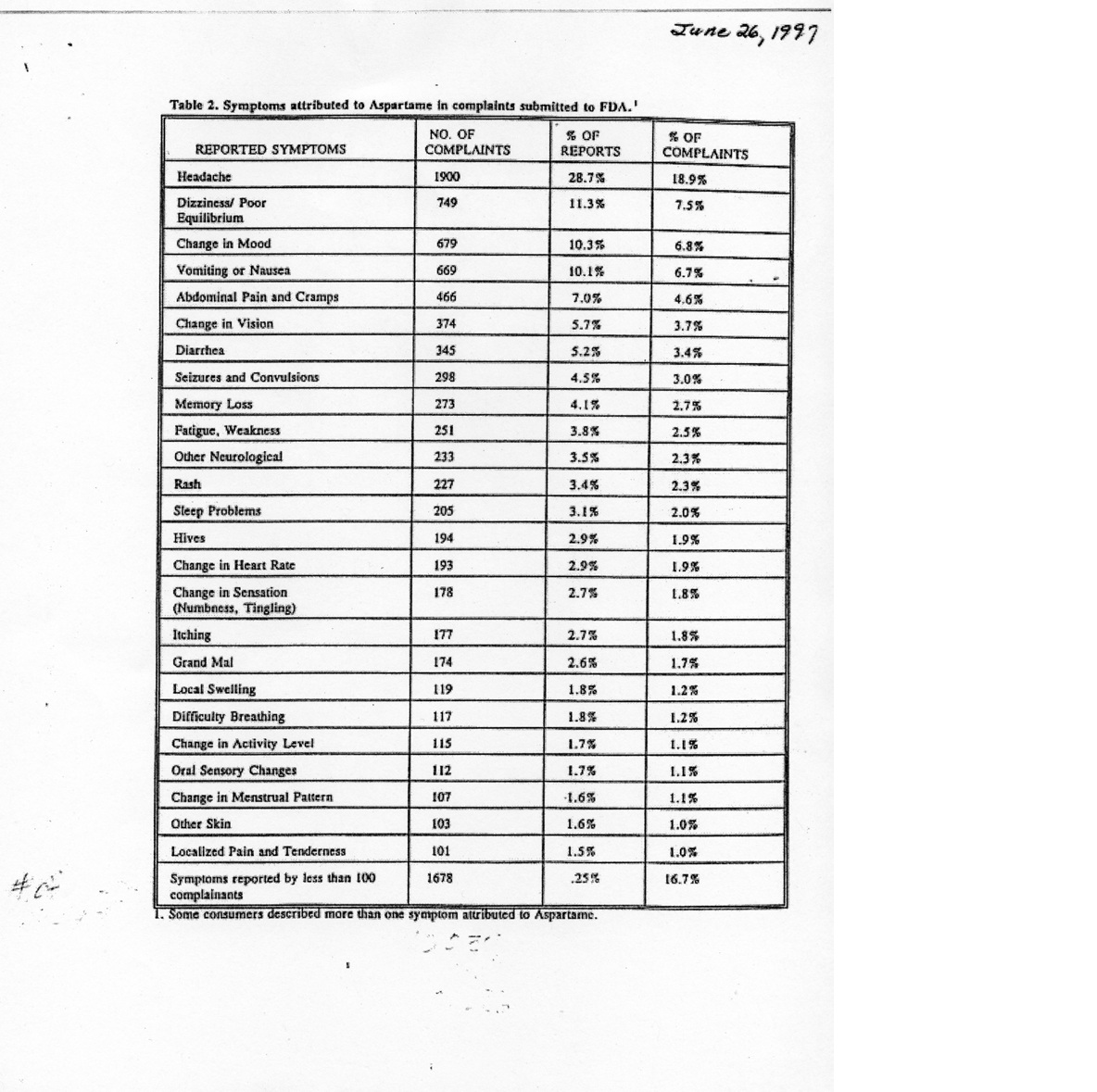 The memorandum released in 1997 points to a significant problem with aspartame consumption. Yet, the FDA considers this a safe product for human consumption.

Scientific studies confirm the adverse reactions and more recent studies point to a more significant health risk than the general public might be aware of.

The Departments of Toxicology and Narcotics, and Medical Biochemistry, National Research Centre in Egypt released their dose dependent aspartame research in December of 2012. The study suggests that repeated aspartme administration resulted in impaired memory performance and increased brain oxidative stress.

For the average consumer this means that daily consumption of aspartame based sweeteners in sodas or as an overall sugar replacement could have a significant health impact. 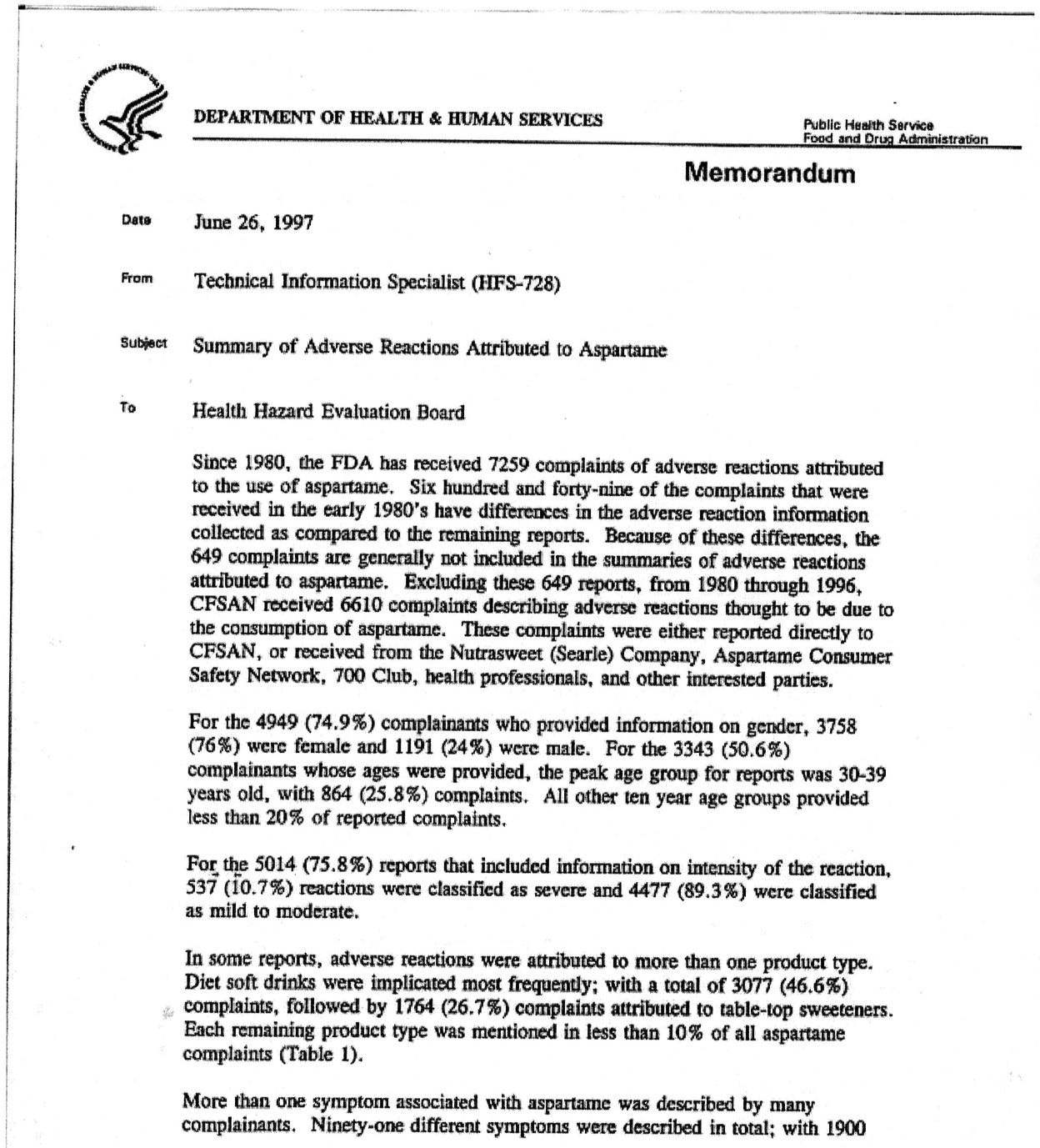