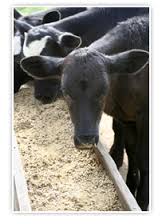 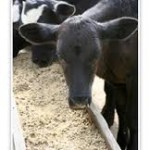 Ractopamine and Zilpaterol are used as animal food additives in the U.S. to accelerate weight gain in animals. However, Ractopamine is banned in over 100 countries and raises significant public health concerns and has resulted in more reports of sick or dead pigs than any other livestock drug on the market. Ractopamine side effects may include toxicity; behavioral changes; and cardiovascular, musculoskeletal, reproductive, and endocrine problems. Zilpaterol has similar side effects and been linked to animals becoming reluctant to move, walking gingerly, and showing signs of lameness. On August 7, 2013, Tyson Foods, Inc. publicly announced that as of September 6, 2013, it would no longer accept cattle that had been fed the animal drug Zilmax, the trade name for Zilpaterol.

In August of 2012, the Animal Legal Defense Fund requested a public request for information seeking records on the physiological, psychological and behavioral effects of Ractopamine. The Center for Food Safety submitted their request six months later. The FDA failed to produce complete records for either drug and the resulting federal complaints were filed.

A 2006 FDA report specifically warns users about the consequences of ingesting the drug and that ractopamine hydrochloride has been associated with an increased number of injured and lame pigs during marketing.

“Massive numbers of pigs, turkeys, and cows have suffered—and continue to suffer—needlessly from these dangerous drugs,” says Stephen Wells, executive director of the Animal Legal Defense Fund. “The FDA has an obligation to provide access to records which likely have dire animal welfare and public health implications.”

Paige Tomaselli, senior attorney with Center for Food Safety, questioned the FDA’s tactics: “FDA’s illegal delay is deeply troubling. The human health effects of eating meat with traces of these drugs are not well known, and the data we do have is alarming. The American people have a right to know what they are eating. What does the FDA have to hide?”

The complaints can be accessed here: