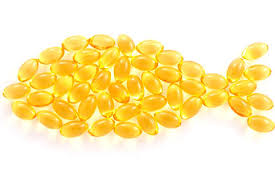 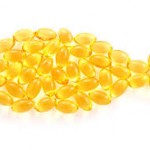 A new study published in the Journal of Neurophysiology revealed that diabetes is affected by fish oil which contains Omega three fatty acids. Diabetes can cause many adverse health effects including nerve damage, called neuropathy and impact on eye sight.

“Diabetic neuropathy is a very costly and debilitating complication of diabetes. It is the leading cause of foot ulcers and nontrauma-related amputations, and the impact of diabetic neuropathy on the patient and family are unmeasurable,” said Mark Yorek of the VA Medical Center in Iowa City, the study’s lead investigator. Fish oil is an attractive treatment approach because “supplements are considered very safe and could be easily translated into everyday care. Fish oil would be easy to take, like a vitamin, and should have few side effects when combined with other medications,” explained Yorek.

The decrease in nerve damage is attributed to inflammation. Previous studies of obesity and diabetes have reported better blood sugar handling, liver function and reduced inflammation with omega-3 fatty acids treatment. The anti-oxidant health benefits were attributed to a group of molecules called resolvins.

Previous studies by the same scientists revealed that diets enriched with omega-3 fatty acids from fish oil improved diabetic neuropathy in rats with Type 1 and Type 2 diabetes and the molecular pathway.

Untreated diabetic mice had a reduced sense of touch in their paws attributed to less nerve damage in the paw’s skin even though the glucose level were still increased even though dietary fish oil and resolvin did not lower increased glucose levels. Nerve health was improved in terms of density and sensory signal transmission.

“Even though a lot more work needs to be done, including clinical trials with human subjects, our animal studies suggest that fish oil can reverse some of the harmful effects of diabetes on the nerves. Our intent is to do more animal studies to demonstrate that fish oil treatment can reverse the harmful effects of diabetes on nerves even after a long period of poorly controlled diabetes. After completion of this work, we hope to begin studies with diabetic patients with neuropathy,” Yorek said.