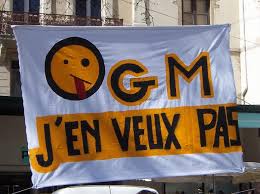 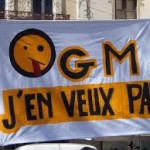 Last month France adopted another decree halting the cultivation of Mon810 maize, the only current crop legally allowed to be grown in the European Union, (EU). That ban was a renewal of a ban that was turned over by the French administrative court. At that time the minister of agriculture had vowed to do everything in her power to renew the ban.

On Tuesday, France expanded its GM banning efforts, by implementing a law that prohibits the cultivation of any genetically modified (GM) maize strain, citing risk to the environment. The law was adopted by France’s lower house of Parliament and extends to any strain adopted at EU level in future including another GM variety, Pioneer 1507 developed jointly by DuPont and Dow Chemical, scheduled to be approved by the EU executive later this year after 19 out of 28 member states failed to gather enough votes to block it.

The French government has been particularly vocal in their opposition of genetically modified food.

“It is essential today to renew a widely shared desire to maintain the French ban,” Jean-Marie Le Guen, the minister in charge of relations with parliament, told the National Assembly.

“This bill strengthens the decree passed last March by preventing the immediate cultivation of GMO and extending their reach to all transgenic maize varieties,” he said.