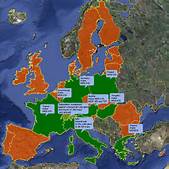 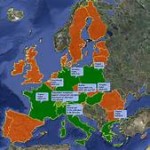 In response to the increased concern expressed by the French public, France has launched a new campaign to enhance and increase its prior ban on GMO crops which was only limited to Mon 810.

Last year France created a new temporary ban on the cultivation of Monsanto’s Mon 810 corn on Friday. The prior prohibition was annulled by the French Administrative Court.
At the time the Minister of Agriculture vowed to find new ways of implementing the ban. France’s president has voiced his strong support for the ban and opposition to the cultivation of the genetically engineered Maize. Anti-GMOs had called on the French government to act quickly, concerned that farmers may sow the plants sometimes dubbed as “Frankenstein foods”.

This time a Senator has submitted a draft law calling for the absolute ban of the cultivation of any genetically modified ban which includes the insect-resistant maize known as Pioneer 1507 developed jointly by DuPont and Dow Chemical, slated for approval by the EU later this year despite considerable opposition by its member states.

The proposed draft legislation could be voted by the Senate as soon as Feb. 17 before being passed to the lower house. The bill proposes that the ban would be monitored by inspectors and that any GMO crops would be destroyed.
Source
Reuters
Be Sociable, Share!