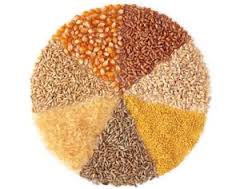 A research study released by the Institute of Biomedical Research at the National Autonomous University of Mexico (UNAM), specified that functional foods which include cactus pads, chia seeds and soybean reduce obesity and diabetes. Including those foods as part of a healthy diet significantly lowers glucose peaks.

The researchers recommend consumption of 300 grams of raw, or 250 grams of cooked cactus pads. The study consisted of analyzing functional foods and the impact of soy in animal models and determined that it decreased the secretion of insulin, blood pressure, triglyceride and cholesterol by up to 20%.

“Mexicans tend to overheat food diminishing nutrients, in the case of the cactus it should not be cooked more than 10 minutes, said Nimbe Torres y Torres. “It is very important that the viscous part is retained because that contains the soluble fiber that works as a prebiotic”. “People with diabetes who include cactus in their diet reduce glycated hemoglobin, triglycerides and free fatty acids.”

The use of chia seeds has health benefits as it is a source of acid Omega 3 and antioxidants, and the research suggest that it should be included in a diet of raw oatmeal or soy milk and green banana porridge.