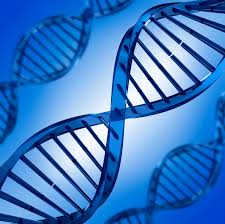 The United States has faced a considerable backlash from some countries refusing to import certain agricultural products as they were either found to be contaminated with unpermitted genetically modified organisms or the genetically modified agricultural products which do not require labeling in the United States are not authorized for import in a large number of countries. Various reports of contamination of agricultural fields has permeated media reports over the years, causing wide spread alarm in export circles.

Environmentalists have for years cited concern regarding the ability of transgenic crops to fertilize plants adapted to increased herbicide resistance creating super weeds.

The University of Guelph has proposed a solution with the introduction of a new plant gene that is designed to reduce the risk of GM contamination. The gene specifically reduces the ability of a plant to cross pollinate where one plant is used to fertilize another; instead altering gene expression of a plant to allow self pollination.

The gene produces a protein that is involved in self pollination before the flower opens. Plants with closed flowers, also referred to as cleistogamous, may have developed in environments lacking pollinators or under adverse conditions. Peaches, for example, have closed flowers and the ability to self pollinate.

The long term environmental and health impact of this type of genetic modification has not been studied. The impact on pollinators, who are dwindling, due to escalating pesticide and herbicide use has yet to be examined.