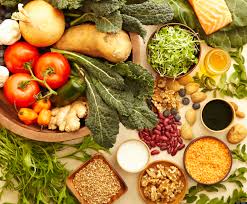 A new study published in the Current Biology has linked behavioral symptoms of people with autism to the reduced action of GABA. GABA is a neurotransmitter that blocks impulses between nerve cells in the brain. Although the researchers specify that drugs may increase brain concentrations of GABA, flavonoids (found naturally in certain types of food) do the same and may be a more conservative and healthy approach to increasing GABA levels.

Flavonoids have been the focus of intense research, displaying many interesting biological activities and are believed to play a significant role in reducing the risks of age- and lifestyle-related diseases such as cancer, cardiovascular disease and declining neurological function.

Many flavonoids have well-established antioxidant and free-radical-scavenging activities, and it was initially believed that their protective effects were as a direct result of these actions. In addition to their ability to prevent damage caused by oxidative stress, flavonoids also exert their biological effects through direct actions on enzymes, receptors and signalling pathways and are believed to prevent neurodegeneration associated with Parkinson’s and Alzheimer’s disease and improve cognitive function.

Flavonoids have demonstrated anxiolytic, sedative and anticonvulsant activities. Although their actions in the central nervous system occur through a variety of interactions with different receptors and signalling pathways, it is believed that some of these effects are mediated by ionotropic GABA, in particular GABAA receptors.

“These findings mark the first empirical link between a specific neurotransmitter measured in the brains of individuals with autism and an autistic behavioral symptom,” said Caroline Robertson of Harvard University and MIT’s McGovern Institute for Brain Research.

The research participants consisted of 21 people with autism and 20 typical control individuals who were asked to complete a binocular rivalry task. Individuals with autism were slower to suppress visual images.

Binocular rivalry consists of two conflicting images presented simultaneously, one to each eye. To make out one image or the other, the brain must inhibit neural signals to push one out of visual awareness. Typically, developing individuals suppress a visual image from awareness for many seconds at a time.

The GABA concentrations in the brain was measured using resonance spectroscopy while individuals completed the task. Those measurements showed a strong link in typical control participants between binocular rivalry dynamics and levels of GABA. That connection between perception and GABA brain chemistry was completely absent in the brains of people with autism.

“Individuals with autism are known to have detail-oriented visual perception – exhibiting remarkable attention to small details in the sensory environment and difficulty filtering out or suppressing irrelevant sensory information,” Robertson said. “It’s long been thought this might have something to do with inhibition in the brain, and our findings lend support to this notion.”

Flavonoids are key compounds for the development of a new generation of therapeutic agents that are clinically effective in treating neurodegenerative diseases. Regular consumption of flavonoids has been associated with a reduced risk of neurodegenerative diseases. In addition to their antioxidant properties, these polyphenolic compounds exhibit neuroprotective properties by their interaction with cellular signaling pathways followed by transcription and translation that mediate cell function under both normal and pathologic conditions.