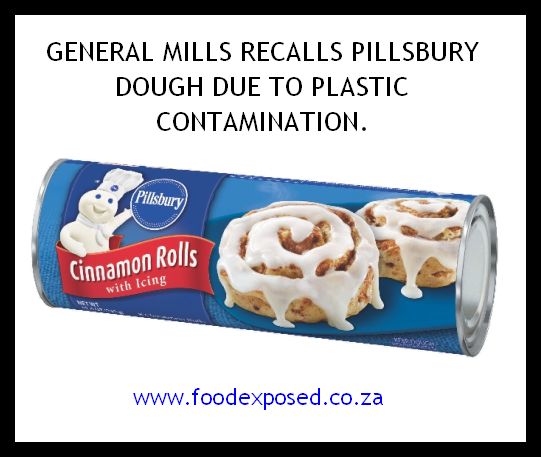 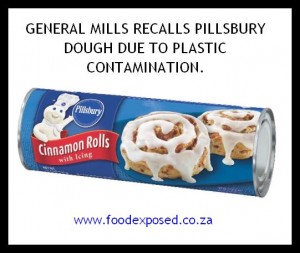 The recalls only affects cinnamon rolls with icing due to concerns that the product is contaminated with plastic fragments. The voluntary Class II recall does not affect the companies other varieties such as Pillsbury Grands, Cinnamon Rolls and Pillsbury Flaky Cinnamon Rolls.

General Mills is concerned that some of the packages of cinnamon rolls might contain plastic fragments. A statement by General Mills stated:

“This action is being taken as a precaution because the dough may contain fragments from a broken piece of plastic on the production line. These products are sold in grocery stores nationally. No other Pillsbury dough products are being recalled.”