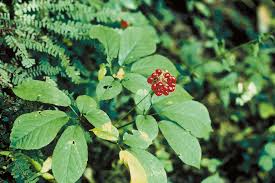 Ginseng is any one of 11 species of slow-growing perennial plants with fleshy roots, belonging to the genus Panax of the family Araliaceae, and is usually used in dry root form.

A new study by Georgia State University’s new Institute for Biomedical Sciences, found that Ginseng can both treat and prevent influenza and respiratory syncytial virus (RSV), a respiratory virus that infects the lungs and breathing passages.Seasonal influenza is a serious respiratory disease that causes annual epidemics in humans worldwide, resulting in about three to five million cases of severe illness and about 250,000 to 500,000 deaths.

Dr. Kang, whose primary research focus is designing and developing vaccines, partnered with a university in South Korea to analyze the impact of Ginseng on human health as the plant has been reported to have anticancer, anti-inflammatory and immune modifying abilities.

After infection with influenza A virus, mice that were orally administered ginseng over a long time showed multiple immune modifying effects, such as stimulated antiviral production of proteins important in immune response and fewer inflammatory cells in their bronchial walls. The study specifies the beneficial effects of red ginseng extract on preventing influenza A virus infections could result from immune modifying capabilities of ginseng.