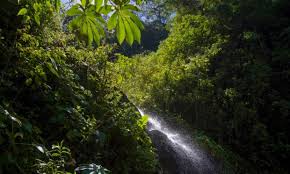 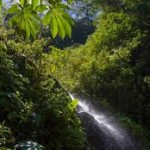 An international collaborative study by researchers from the Helmholtz Center for Environmental Research (UFZ) and the University of Koblenz-Landau together with the University of Milan, Aarhus University and Aachen University has revealed that streams located on 40% of global land surfaces are at risk from insecticide pollution.

The research published in the journal Environmental Pollution is one of the first to estimate the extent of global pollution from insecticide application. Streams in the Mediterranean, the USA, Central America and Southeast Asia are at substantial risk.

The pollution is derived from agricultural runoff and it is estimated that approximately 4 million tons of agricultural pesticides are applied annually, equating to an average of 0.27 kilograms per hectare of the global land surface.

“We know from earlier investigations for example that pesticides can reduce the biodiversity of invertebrates in freshwater ecosystems by up to 42 percent and that we can expect an increased application of pesticides as a result of climate change,” said Prof. Dr. Matthias Liess from the UFZ.

A global model was developed into which agricultural data from FAO and land use data from NASA among other data were entered. Average temperatures and monthly maximum precipitation measurements from around 77,000 weather stations were also taken into account. Using that data researchers estimated the so-called runoff potential (RP), in other words the amount of insecticides that enters streams and rivers through the rainwater from agricultural land. “In this respect, daily rainfall intensity, terrain slope, and insecticide application rate play an equally important role as well as the crops cultivated,” said junior professor Dr. Ralf B. Schäfer from the University of Koblenz-Landau. “In order to test such complex models, we therefore carried out control measurements of insecticide contamination in freshwater ecosystems from four different regions.”

“The risks of insecticide exposure to water bodies increased significantly the further South one travelled on a North-South gradient in Europe, North America and Asia, mainly driven by a higher insecticide application rate as a result of higher average temperatures,” said Dr. Mira Kattwinkel a researcher at the Swiss Federal Institute of Aquatic Science and Technology (Eawag).