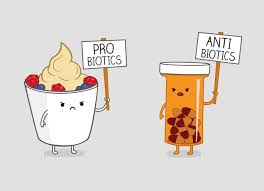 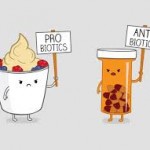 A research study examining the influence of antibiotic exposure during a critical window of early development revealed that the gut environment is permanently altered, impacting on body’s metabolism. The study has relevance to the increased number of children exposed to antibiotics early in life.

The metabolic changes are attributed to altered gut bacteria rather than the direct impact of antibiotics. The research study consisted of giving mice a lifelong low dose of penicillin starting in the last week of pregnancy or during nursing and examining the developmental effects. The treated mice also grew fatter than the untreated mice when both were fed a high-fat diet. “When we put mice on a high-calorie diet, they got fat. When we put mice on antibiotics, they got fat,” said senior author Martin Blaser, MD, the Muriel G. and George W. Singer Professor of Translational Medicine, director of the NYU Human Microbiome Program, and professor of microbiology at NYU School of Medicine. “But when we put them on both antibiotics and a high-fat diet, they got very, very fat.” Normally, adult female mice carry three grams of fat.

“We found that when you perturb gut microbes early in life among mice and then stop the antibiotics, the microbes normalize but the effects on host metabolism are permanent. This supports the idea of a developmental window in which microbes participate. It’s a novel concept, and we’re providing direct evidence for it.”

“The antibiotic doses used in this study don’t mirror what children get,” said Laura M. Cox, PhD, a postdoctoral fellow in Dr. Blaser’s laboratory and the lead author of the study. “But it has identified an early window in which microbes can influence metabolism, and so further studies are clearly warranted.”

The researchers examined whether the metabolic changes were the result of altered bacteria or antibiotic exposure. Bacterial populations were transferred from penicillin-exposed mice to specially bred germ-free, antibiotic-free mice, starting at three weeks of age. The mice inoculated with bacteria from the antibiotic-treated donors were indeed fatter than the germ-free mice inoculated with bacteria from untreated donors. “This shows us that the altered microbes are driving the obesity effects, not the antibiotics,” says Dr. Cox.

The study also revealed that the antibiotics did not reduce total microbial numbers in the gut. Rather the gut environment was altered by suppressing four distinct organisms early in life during the critical window of microbial colonization: Lactobacillus, Allobaculum, Candidatus Arthromitus, and an unnamed member of the Rikenellaceae family, which may have important metabolic and immunological interactions.